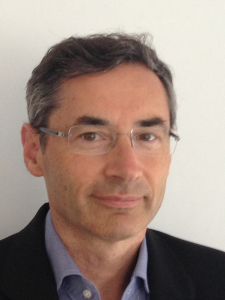 Industrial IoT (IIoT) Systems are now becoming a reality. IIoT is distributed by nature, encompassing many complementary technologies. IIOT systems are composed of sensors, actuators, a means of communication and control units, and are moving into the factories, with the Industry 4.0 generation. In order to operate concurrently, all these IIoT components will require a wide range of technologies, in order to maintain such system-of-systems in a full operational, coherent and secure state. We identify and describe the four key enablers for the Industrial IoT:

We conclude with some perspective on the usage of Digital Twins in the IIoT.

In 2012, he was made Vice President in charge of Design Enablement & Services, and was CTO of the Embedded Processing Solutions during 2015.

In 2005, Magarshack was appointed Group Vice President and General Manager of Central CAD and Design Solutions at STMicroelectronics’ Technology R&D and Manufacturing organization.

From 1985 to 1989, Magarshack worked as a microprocessor designer at AT&T Bell Labs in the USA, after which he joined Thomson-CSF in Grenoble, France, and took responsibility for libraries and ASIC design kits for the military market, until 1994. 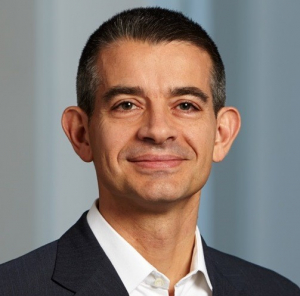 Edge Artificial Intelligence is the new megatrend, as privacy concerns and networks bandwidth/latency bottlenecks prevent cloud offloading of sensor analytics functions in many application domains, from autonomous driving to advanced prosthetic. The next wave of "Extreme Edge AI"  pushes aggressively towards sensors and actuators, opening major research and business development opportunities.  In this talk I will give an overview of recent efforts in developing an Extreme Edge AI platform based on open source parallel ultra-low power (PULP) Risc-V processors and accelerators. I will then look at what comes next in this brave new world of hardware reinaissance.

Luca Benini holds the chair of digital Circuits and systems at ETHZ and is Full Professor at the Universita di Bologna.
He received a PhD from Stanford University. He has been visiting professor at Stanford University, IMEC, EPFL.
In 2009-2012 he served as chief architect in STmicroelectronics France.
Dr. Benini's research interests are in energy-efficient computing systems design, from embedded to high-performance.
He is also active in the design ultra-low power VLSI Circuits and smart sensing micro-systems.
He has published more than 1000 peer-reviewed papers and five books.
He is an ERC-advanced grant winner, a Fellow of the IEEE, of the ACM and a member of the Academia Europaea.
He is the recipient of the 2016 IEEE CAS Mac Van Valkenburg award and of the  2019 IEEE TCAD Donald O. Pederson Best Paper Award. 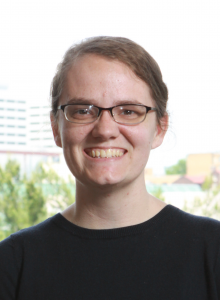 Though neuromorphic systems were introduced decades ago, there has been a resurgence of interest in recent years due to the looming end of Moore's law, the end of Dennard scaling, and the tremendous success of AI and deep learning for a wide variety of applications.  With this renewed interest, there is a diverse set of research ongoing in neuromorphic computing, ranging from novel hardware implementations, device and materials to the development of new training and learning algorithms. There are many potential advantages to neuromorphic systems that make them attractive in today’s computing landscape, including the potential for very low power, efficient hardware that can perform neural network computation.  Though some compelling results have been demonstrated thus far that demonstrate these advantages, there is still significant opportunity for innovations in hardware, algorithms, and applications in neuromorphic computing.  In this talk, a brief overview of the history of neuromorphic computing will be discussed, and a summary of the current state of research in the field will be presented.  Finally, a list of key challenges, open questions, and opportunities for future research in neuromorphic computing will be enumerated.

Catherine (Katie) Schuman is a research scientist at Oak Ridge National Laboratory (ORNL). She received her Ph.D. in Computer Science from the University of Tennessee, where she completed her dissertation on the use of evolutionary algorithms to train spiking neural networks for neuromorphic systems. She is continuing her study of models and algorithms for neuromorphic computing at ORNL. Katie has a joint faculty appointment with the Department of Electrical Engineering and Computer Science at the University of Tennessee, where she co-leads the TENNLab neuromorphic research group. Katie has over 45 publications as well as six patents in the field of neuromorphic computing. Katie received the Department of Energy Early Career Award in 2019. 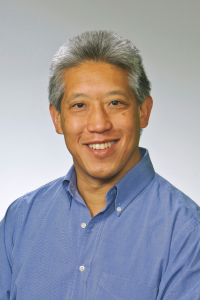 The buzz about AI is deafening. Compelling applications are starting to emerge, dramatically changing the customer service that we experience, the marketing messages that we receive, and some systems we use. But, as organizations decide whether and how to incorporate AI in their systems and services, they must bring together new combinations of specialized knowledge, domain expertise, and business objectives. They must navigate through numerous choices – algorithms, processors, compute placement, data availability, architectural allocation, communications, and more. At the same time, they must keep their focus on the applications that will create compelling value for them. In this keynote, Jim Tung looks at the promising opportunities and practical challenges of building AI into our systems and services.

Jim Tung is a 30-year veteran of MathWorks, focusing on business and technology strategy, and working with key customers and partners. Jim previously held the positions of vice president of marketing and vice president of business development. Prior to joining MathWorks, Jim held management positions at Lotus Development and Keithley DAS, a pioneering manufacturer of PC-based data acquisition systems. 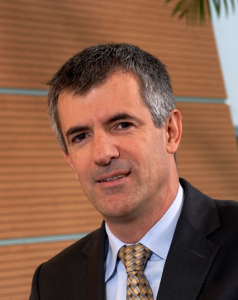 The Cloud is promising orders of magnitude savings in time to market for integrated circuits, owing to CPU elasticity. However, practical limitations still mandate a selective approach to the product design flow and the business models have yet to be fully defined by vendors. The economic equation of designing in the cloud is challenging. In addition, design houses, IDMs and OEM customers have to decide to what extent they want to rely on Cloud service providers to maintain the confidentiality of their IP or SOC databases and honor export control requirements, in a context where such concerns are increasingly relevant in EDA vendor and IC supplier selection. This keynote will explore those topics based on ST’s own experience and trials.

After an initial career in R&D in Japan, Philippe worked for a major US consulting firm in Europe & South America. He joined ST in 1995 in a Strategic Planning role. He then led the strategic marketing activities of ST’s Consumer Group till 2002, when he became Marketing Director for ST’s Imaging Division. In 2007, he moved to Corporate Finance, where he led several M&A projects.

Since 2010, he heads the IP Sourcing & Strategy team, owns the IP/technology Make vs Buy process, performs technology intelligence and oversees all IP/technology in-licensing for ST’s businesses. More recently, this was expanded to cover EDA Strategy and Sourcing, where he chairs a company-wide EDA governance forum.

Philippe was born in Versailles, France, in 1965 and graduated in Telecommunications Engineering from TelecomParis school in 1987. He also holds an MBA from INSEAD and is a Certified Licensing Professional (CLP™). 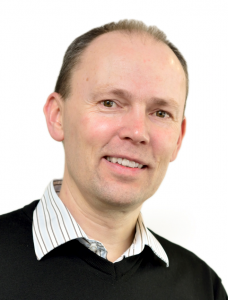 As any other area of our lives, medicine is experiencing the digital revolution. We produce more and more quantitative data in medicine, and therefore, we need significantly more compute power and data storage capabilities in the near future. Yet, since medicine is inherently decentralized, current compute infrastructures are not build for that. Central cloud storage and centralized super computing infrastructures are not helpful in a discipline such as medicine that will produce data always at the edge. Here we completely need to rethink computing. What we require are distributed federated cloud solutions with sufficient memory at the edge to cope with the large sensor data that record many medical data of individual patients. Here memory-driven computing comes in as a perfect solution. Its potential to provide sufficiently large memory at the edge, where data is generated, yet its potential to connect these new devices to build distributed federated cloud solutions will be key to drive the digital revolution in medicine. I will provide our own efforts using memory driven computing towards this direction.

Joachim L. Schultze is Professor for Genomics & Immunoregulation at the Life and Medical Sciences (LIMES)-Institute and Founding Director of the PRECISE Platform for Single Cell Genomics and Epigenomics at the German Center for Neurodegenerative Diseases and the University of Bonn. He went to Medical School at the University of Tübingen, spent almost 10 years at Dana-Farber Cancer Institute, Harvard Medical School, in Boston before he returned to Germany with a Sofia Kovalevskaya Award of the Humboldt Foundation. He is the coordinator of the German DFG-funded NGS competence centers in Germany, one of the speakers of the West German Genome Center, and one of the speakers of the only German Excellence Cluster in Immunology: ImmunoSensation2. He contributes his expertise to several EU consortia, amongst them SYSCID. He is an expert in macrophage biology and works at the interphase between immunology, genomics and the computational sciences. With his team he was the first to apply memory driven computing to genomics research. With his own research group and the PRECISE platform, his goal is to bring single cell technologies and machine learning approaches to the clinical arena. He is leading several programs on applying single cell technologies and memory driven computing to patients with Alzheimer’s disease, chronic obstructive pulmonary disease, lung cancer or HIV. He has established research collaborations with HPE, AstraZeneca, Boehringer Ingelheim, Becton Dickinson and other companies.